On Saturday, October 24, we are hosting another #20in20 themed Canucks game in celebration of Rogers Arena’s 20th Anniversary. The night is dedicated to celebrating memorable moments from Rogers Arena’s history.

Many exciting moments have occurred at Rogers Arena. On Saturday, we will be looking back at some of these magical moments. With over 3,000 events and concerts, Rogers Arena is home to many fond memories for its visitors. In celebration of its 20th Anniversary, we are asking you to share your favourite Rogers Arena memories on Facebook, Twitter, and Instagram using the hashtag #20in20.

Last week we introduced the #20in20 Bracket Challenge, where you can vote for your favourite Rogers Arena moments. When you vote, you will be entered to win 10 pairs of Concert Tickets AND 10 pairs of Canucks Tickets for the 2016.17 season!

…So what are you waiting for? Get voting! 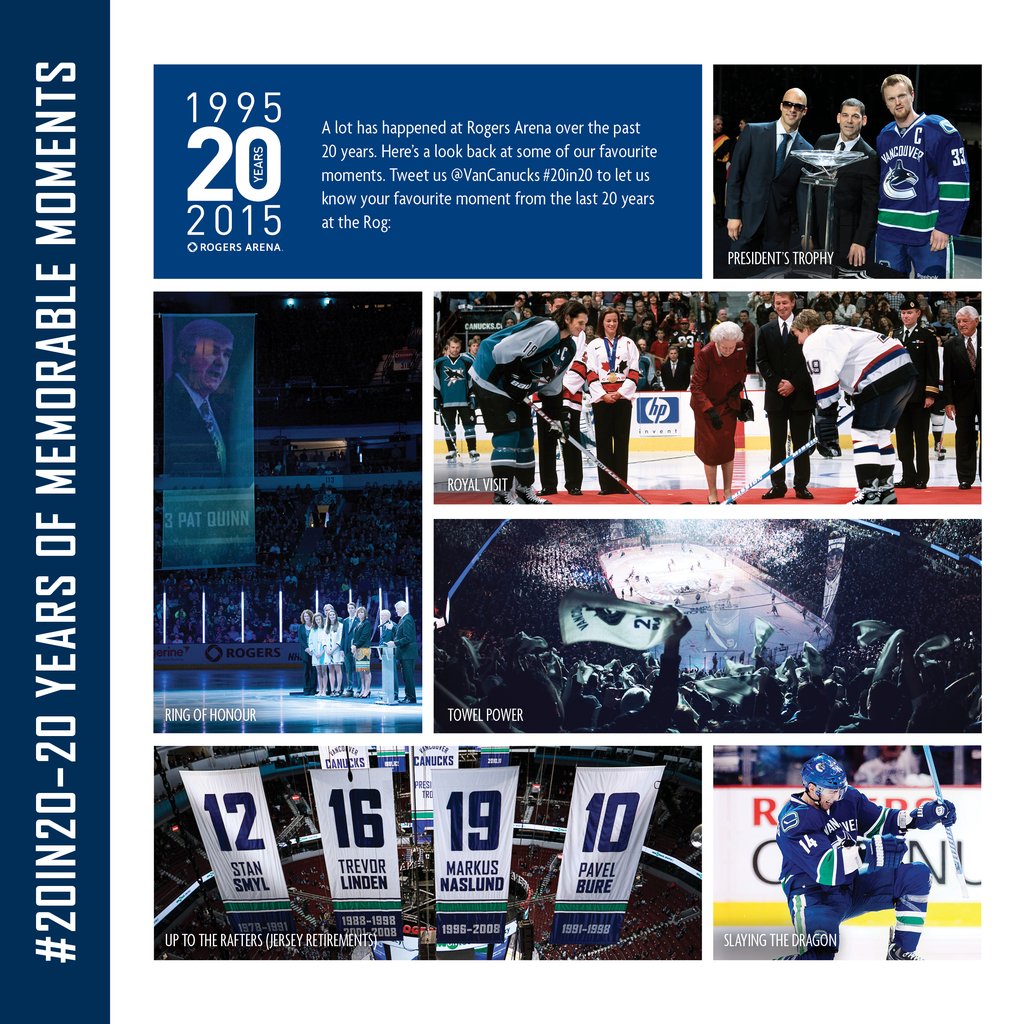